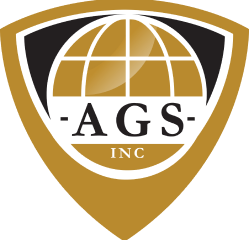 Media piracy is a serious problem. According to recent research data, global piracy costs the U.S. economy at least $29.2 billion each year thanks to illegal recording and distribution.

​While the COVID-19 pandemic has pushed much of this piracy online over the last two years, a slow return to normalcy means a move back to more familiar physical settings such as movie theaters, concert halls and classical theater stages. This results in an uptick in physical piracy that sees thieves sneaking small devices into crowded venues to illegally record and distribute content.

Any event that includes unreleased media or content that was never intended for digital consumption is subject to piracy. Common piracy locations include the following:

Piracy primarily occurs for two reasons: protest and profit. Some media thieves believe that content shouldn’t come with a price tag and make it their mission to record and distribute content for free. Others see the capture of pre-release movie or film production data as a path to profit. They record the media in secret, upload it to the Internet, and then charge users a fee for viewing.

For content owners, performers and actors, however, the impacts of piracy are substantial. Businesses and individuals stand to lose money if media is released without permission online, since viewers who have already seen it for free may be less inclined to pay for a second viewing.

While anti-piracy laws have evolved in recent years to address the rise in digital capture and distribution, it’s often challenging for companies to catch pirates in the act. In large part, this is due to the rise of easily concealed digital devices. While some thieves still opt for the simplicity of smartphones to illegally record content, others are using cameras embedded in everything from coat buttons to eyeglasses to ballcaps.

AGS offers a host of anti-piracy solutions to help content creators, producers and distributors limit the risk of illegal capture:

In addition to security for movie theaters, event and concert venues, AGS has more than three decades worth of experience protecting Hollywood productions on-site. With movies under increasingly strict non-disclosure orders and thieves always on the lookout for new ways to capture and leak potential spoilers, there’s never been a greater need for robust and reliable production security.

The CEO of AGS, Randy Andrews, has always been on the leading edge of anti-piracy security. After a successful career with the Los Angeles Police Department SWAT Unit, he spearheaded several innovations including the development of the industry’s first anti-piracy unit and the creation of a state-of-the-art training center for security and law enforcement professionals.

Through the late 1990s and early 2000s, the company he built grew quickly in scale and scope, eventually providing protection for major studios including Disney, Warner Brothers, Fox and Sony. Randy didn’t stop there; he and his team helped pioneer the use of in-depth video training to enhance security and help staff acquire the skills needed to spot buttonhole cameras, find hidden recording devices, or detect suspicious behavior and body language that could help identify a potential pirate.

Now, AGS is continuing this tradition of innovation and observation to help content owners and creators push back against piracy.

At AGS, our mission statement is simple: “Quality you can see; Protection you can trust.”

Underpinning this statement is our commitment to action and improvement. We don’t simply rest on the laurels of our founder — we hire and deploy highly trained and experienced security professionals to protect your event or screening in Los Angeles or around the world.

We create customized solutions to meet your security needs; help you find new ways to defend production sets and live productions; and approach each new project with the same integrity, honesty and commitment that sets us apart from the competition.

Bottom line: Piracy remains a serious problem. AGS is your solution. Get in touch today.